IT INSURANCE FOR KAMAZ TRUCKS 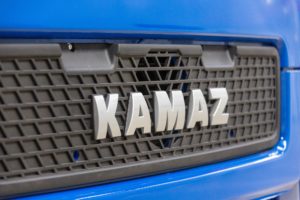 A new KAMAZ-Blicico start-up is being implemented at KAMAZ, which provides for IT-insurance of vehicles.

KAMAZ is gradually switching to IT-insurance of its vehicles: the new system will determine at what point in time, on which road, with what load, at what speed the truck is moving, where it made stops, and based on this, calculate the insurance. The Blicico aggregator of insurance, participating in the project, has existed for three years already, in its practice it has insurance of life, cargo, vehicles. It is the only company of its kind in Tatarstan that is ready to provide smart insurance based on modern technologies.

The developers set themselves the task of making the truck insure itself. Thanks to a special system, it will independently activate the insurance while driving: take into account the speed, monitor the track. If the driver used to have to buy classic insurance for a certain period and pay for it even when the vehicle was not in use, now they only pay for the time the vehicle is in movement. Accident insurance will be offered when the truck is parked. This is the essence of “smart” insurance: almost all the work is performed by a special device, which eliminates the human factor and saves time and money on insurance. As for the payment of such insurance, it also has the status of “smart”. You can buy a so-called insurance package or pay after the fact, at the end of a certain period.