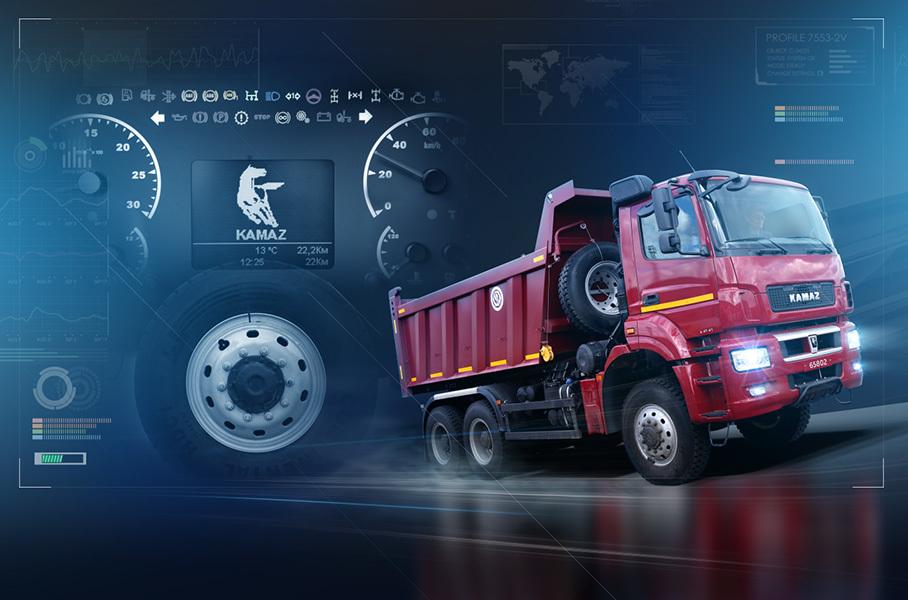 For many years KAMAZ makes dump trucks using modern technologies and foreign parts and sells at a price lower than foreign counterparts. But there is no limit to perfection, and even a well-made engineering can be made even better. KAMAZ-6580 complements the 6520 line in areas where high load capacity is required — for example, in quarries or in the construction of large facilities.

This model is fundamentally different from its predecessors. Its production was started in early 2017, after the release of the tractor 5490. They even have the same assembly principle — except that all elements of the 6580 have been strengthened to work in harsh conditions at maximum loads.

The base model is a construction dump truck with a gross weight of 41 tons with a 6×4 wheel configuration and the Mercedes-Benz OM 457LA.V/3 engine with the power of 401hp. In addition, there are several modifications with different weight, wheel formula and chassis for special add-ons.

KAMAZ-65806-truck tractor deserves special mention. It allows to tow a semi-trailer. The total weight of such a road train is 74 tons, it is equipped with a Mercedes-Benz OM 457LA.V/4 engine, developing 428hp.

It is not a secret that the domestic operation of construction equipment is primarily subject to speed and economy, and not to norms and recommendations – the load is poured with a slide to avoid unnecessary walkers. The first dump trucks had a U-shaped body from NEFAZ with a volume of 20–25 cubic meters.

For transportation of large rocks, they were ideal, but when loading with gravel or sand, the weight of bulk materials significantly exceeded the capabilities of the machines. Therefore, in 2017, the 80th series began to be equipped with Betsema bodies of optimal volume: from 16 to 20 cubic meters. The body has exhaust heating, a canopy with a twisting mechanism and an additional staircase. Hydroinstallation – Binotto or Hyva.

The chassis of 6580 is reinforced and is made of S600MC high-strength steel. The rear balancer suspension with Hande drive axles is designed for a total load of up to 32 tons. Front suspension – sheet with rubber joints – under a load of up to 9 tons.

Only KAMAZ-65802 differs – it uses the Hande HDZ-10 front drive axle with a maximum load of up to 9 tons. As a result, the 65801 model with an 8×4 wheel arrangement is capable of carrying 33 tons of cargo – a good option for career work. 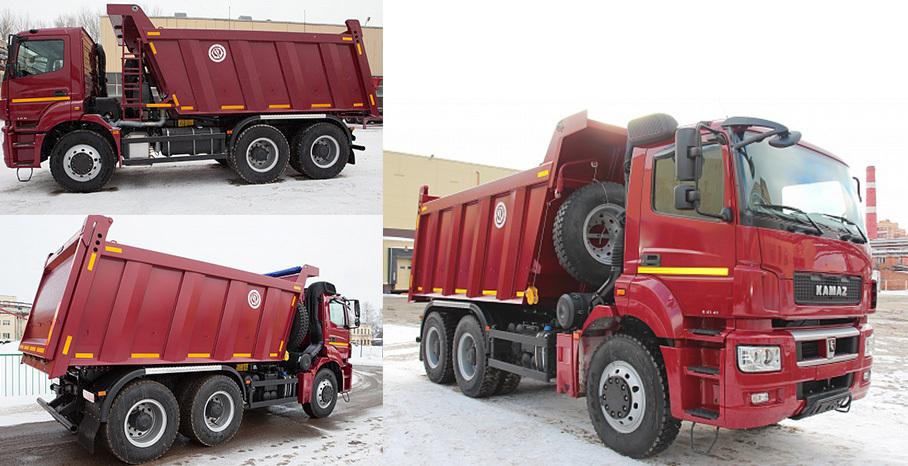 The official cabin from Mercedes-Benz Axor is modified for Russian climatic conditions and is produced in Naberezhnye Chelny. Four-point spring suspension, hydraulic lift – even a flexible lower step is provided! In fact, this is a Mercedes comfort at a low cost.

There are no sleeping cabins – all models are produced exclusively in the daytime version. The driver’s seat is in no way inferior to European trucks – all the basic controls are at hand, the panel is turned under the right hand and has many compartments and drawers for all occasions. Air suspension seats, the dashboard is well-read, and the main indicators are displayed on the screen. Moreover, there is a multifunction steering wheel!

By the way, the entire interior is assembled from Mercedes-Benz components, which is immediately noticeable by the silence in the cabin and tactilely pleasant plastic. The ventilation and heating system is thought out to the smallest detail: there is both air conditioning and an autonomous heater. Caring for driver’s comfort is not just a tribute today, but a factor that directly affects the quality of work and its capacity.

All engines used on the 80th series meet Euro-5 environmental standards (EURO-3 as an option). This is a well-proven Mercedes Benz OM457LA diesel in two versions of the boost. A 70-liter tank is provided for the Ad Blue synthetic urea. Three-axle dump trucks are equipped with an engine with the power of 401hp at 1900 rpm and a torque of 2000 Nm at 1100 rpm, and the engine of the four-axle KAMAZ-65801 8×4 develops 428 HP.

The gearbox — famous for its reliability 16-speed ZF16S 2225T with divider and demultiplier — is installed on all models of the 80-series. There is interaxle and inter-wheel differentials block for work in tough conditions, but most importantly – the problem with non-responsive brake, which has been a headache for drivers of previous KAMAZ generations, is finally solved: a “wet” receiver excluding getting moisture into the system is added, the brake system pipeline diameter is increased as well as the material is replaced and  the size of the brake pads is increased.

Another significant improvement is the use of R24 chamber radial tires instead of R22.5 tubeless road tires. This significantly increases ground clearance and increases reliability in general, which is important when working in a quarry. However, with such axial loads, public roads are not for these building monsters.

As a result, KAMAZ was able to create a universal car for various needs that can withstand a tremendous load, tough roads and the climate of Russia rich in its diversity, while at the price one third lower than European competitors. Isn’t this a reason to be proud?