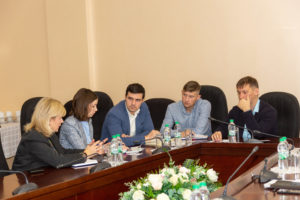 As part of a trip to Tatarstan, KAMAZ PTC was visited by the delegation of British automotive component manufacturers.

Lewis Trevor, the Director of the United Kingdom’s Department for International Trade in Russia, and heads of leading British companies specializing in the production of automotive components are among the guests. The delegation was accompanied by the Deputy Minister of Industry and Trade of Tatarstan Ildar Mingaleev and the Deputy Head of the Department of Engineering Complex of the Government of the Republic of Tatarstan Elmira Khasanova.