A MEETING OF SHAREHOLDERS OF KAMAZ PTC WAS HELD 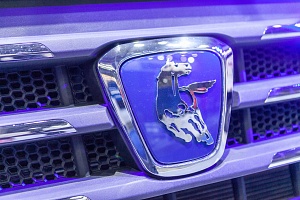 On Tuesday, June 30, the annual General meeting of shareholders of KAMAZ PTC was held in the form of absentee voting. The meeting approved the annual report and annual accounting statements of KAMAZ PTC for 2019.

According to the annual report for 2019, the revenue of the KAMAZ Group for the reporting period amounted to 189 billion 109 million rubles, which is comparable to the result of 2018. The difficult situation on the Russian heavy truck market and the growing financial burden associated with the company’s investment cycle caused KAMAZ Group to earn a loss of 1,955 million rub in 2019. Nevertheless, KAMAZ managed to maintain the cost price at the level of 2018, as well as reduce the loss compared to the first half of 2019 by more than 1 billion rubles. But even against the background of adverse factors associated with the market decline, thanks to the support of the company’s shareholders, correct management decisions, and high consumer interest in the expanded KAMAZ model range, construction, utility and gas-engine equipment, the company managed to increase their share in the Russian market up to 44% (data on vehicle registrations). For comparison, in 2018, the share of KAMAZ was 41%.

The size of the social package for KAMAZ employees in 2019 amounted to more than 909 million rubles. The social program was based on a wide range of directions.

During the reporting period, there was active work on the new market of electric passenger transport. In this regard, the company continues to strengthen its cooperation with its largest customer – the state unitary enterprise Mosgortrans. The company delivered more than 600 buses and more than 200 electric buses to Moscow, becoming one of the main suppliers of passenger transport in the capital. In 2020, joint work in the field of large-scale replenishment of Moscow’s car fleets continues.

«Among the important events of the past year, we are proud to note the grand opening in May of a new plant for the production of cab frames for trucks KAMAZ and Mercedes-Benz, the launch of a new line for the production of aluminum fuel tanks, which took place at the press-frame plant on June 28, as well as the December visit of Russian President Vladimir Putin to the 50th anniversary of the car giant. The main production achievement of the year was the Assembly of the first KAMAZ-54901 truck, which opened a new line of K5 generation cars. This is the result of serious work over several years, » – said Sergey Kogogin, Director General of KAMAZ. The head of the company stressed that the anniversary year has entered the history of KAMAZ PTC with real achievements that were made possible thanks to the support of the company’s shareholders, as well as the professionalism, experience and well-coordinated work of all KAMAZ employees.

The company’s scientific and technical goals for the current year include preparing production of the heavy K5 family of cars, developing a gas version of the KAMAZ R6 engine, expanding the model range of gas-fueled K4 generation cars, and developing an electric bus with improved performance characteristics. In addition, it is planned to develop a KAMAZ-54901 with a gas engine, a Euro-6 engine, as well as a KAMAZ-54901 in a gas-diesel version and with a High Tech level of equipment.

«In 2019, the company fulfilled its production plan, continued to work on the development of fundamentally new K5 generation cars and confidently went on the path of digitalization and import substitution. One example of import substitution is the work on the production of our own aluminum fuel tanks for cars. Such projects are of great importance because they allow us to eliminate dependence on foreign companies and external factors, while maintaining the price availability of new cars for a wide range of consumers, “– said Sergey Chemezov, Director General of Rostec state Corporation and Chairman of the Board of Directors of KAMAZ. – «Using the production and scientific and technical potential, KAMAZ continues to successfully implement ambitious ideas, including the electric vehicles and driverless cars presented in 2019, which are the result of many years of work.» He also stressed that these successes and achievements are based on the professionalism and experience of KAMAZ employees, which ensures the company’s dynamic growth and strong positions in the domestic and foreign markets.

The shareholders ‘ meeting elected new members of the Board of Directors and the Audit Commission of KAMAZ PTC. It was decided that due to the lack of net profit of the company based on the results of operations for 2019, profit distribution should not be made, and dividends on shares of KAMAZ PTC for 2019 should not be paid.

The results of voting on all issues on the agenda of the annual General meeting of shareholders of KAMAZ PTC are published on the Interfax news feed and on the official website of KAMAZ PTC.