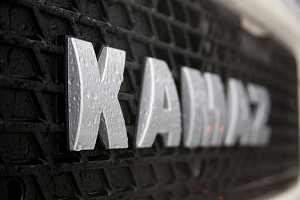 Sergey Kogogin, Director General of KAMAZ, held a working meeting in Moscow with Maxim Liksutov, Deputy Mayor of Moscow and head of the Department of transport and road infrastructure development.

During the business negotiations, the parties discussed the implementation of existing contracts for the supply of NEFAZ buses and KAMAZ electric buses to Mosgortrans, as well as exchanged proposals for further strengthening mutually beneficial cooperation in the development of passenger transport in Moscow. «For two years now, KAMAZ has been directly involved in the renewal of Moscow’s fleets, starting to deliver modern buses and innovative electric vehicles to the capital. By the end of the year, a total of 400 KAMAZ electric buses will run on the city’s lines. We expect to continue participating in tenders for the supply of innovative equipment to Mosgortrans», – said Sergey Kogogin, Director General of KAMAZ.

Recall that KAMAZ electric buses are delivered to Moscow from September 2018. According to surveys, this environmentally friendly mode of transport is in demand among Muscovites – passengers positively assess its advantages, and drivers consider the electric bus more convenient to manage compared to the bus and trolleybus. «About 41 million passengers have been transported by Moscow electric buses since the start of operation in 2018. Almost 144,000 trips are made on them every day. Now the city has 400 electric buses on 29 routes in the center, North, East, West, North-East and North-West of the capital. Since the launch, they have covered about 16 million kilometers»,- said Maxim Liksutov, Head of the Department of transport and road infrastructure development.

It is expected that by the end of the year there will be 600 electric buses in the capital, with 400 of them produced by NEFAZ PTC, a subsidiary of KAMAZ in Bashkiria.