A FILM ABOUT KAMAZ FOR FINLAND 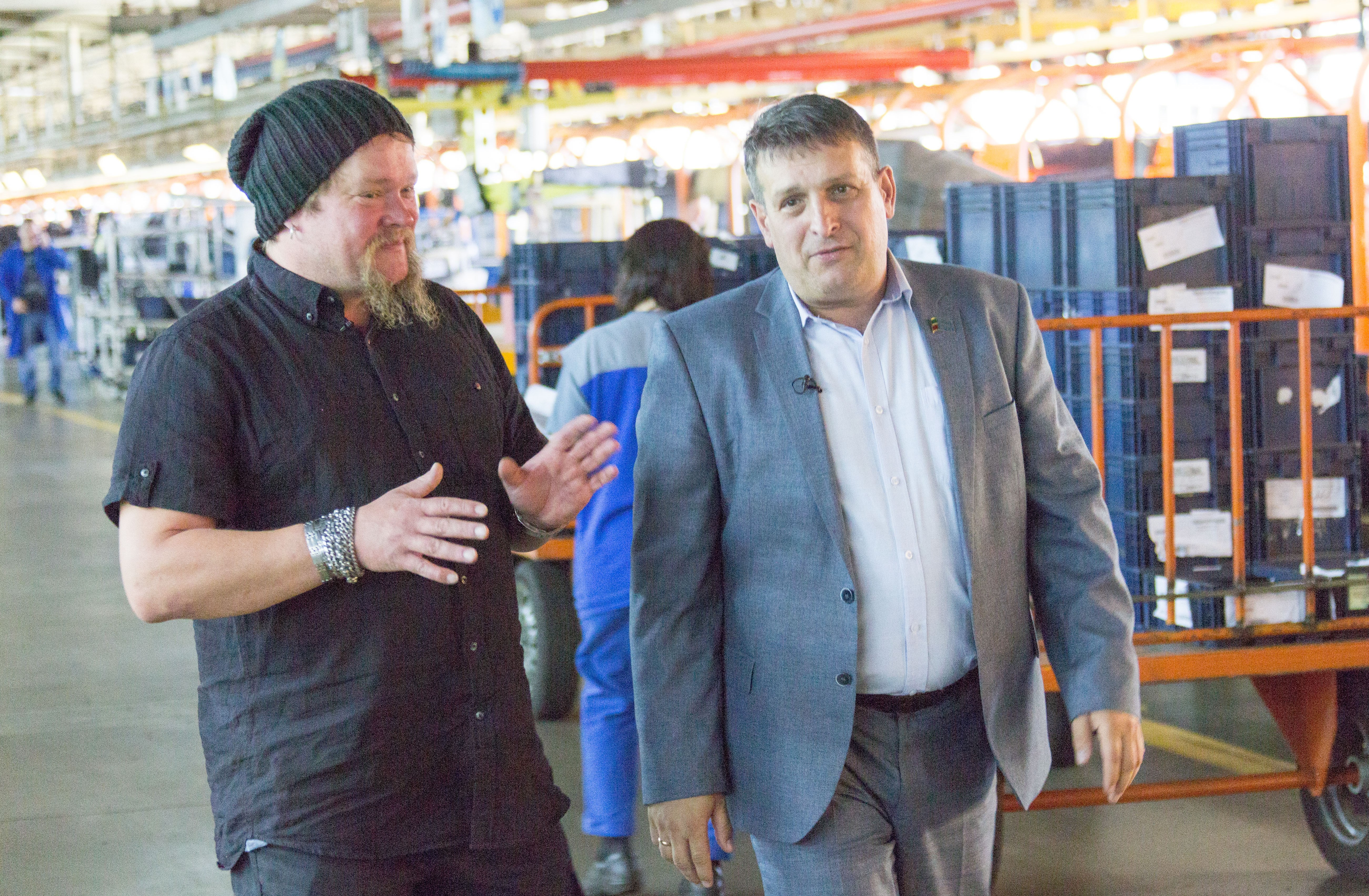 The film about KAMAZ and Naberezhnye Chelny, shot by the famous Finnish-Russian actor and producer Ville Haapasalo was presented in the capital of Finland in the framework of the television series about Tatarstan.

The film crew took two weeks to go around the most interesting places in Tatarstan. One of the days was devoted to the city of Naberezhnye Chelny and the leader of the Russian freight engineering – KAMAZ PTC. Ville Haapasalo visited the company’s automobile plant and the main assembly line. Victor Polyakov, the Deputy Director for Human Resources and experienced worker Ramis Gizdatullin told the film crew about the work of the production.

As the holder of a C category driver’s license, Haapasalo was allowed to test the KAMAZ-54901 at the factory. According to the actor, the new car is very different from the KAMAZ which he managed to drive many years ago: in the past, he managed to work as a driver of heavy vehicles.

The ten-series cycle about Tatarstan was shot this summer. Talking about the idea of ​​the film and its shooting, the famous actor and producer noted that he was particularly interested in the region by its multiculturalism and peaceful coexistence alongside different religions, nationalities and languages.

The series about Naberezhnye Chelny and KAMAZ can be viewed on “Kalastus TV” – the Finnish media platform, it is assigned number three.